Nobel in Africa is a STIAS Initiative in partnership with Stellenbosch University, under the auspices of the Nobel Foundation and the Royal Swedish Academy of Sciences with funding from the Knut & Alice Wallenberg Foundation.

The first Nobel Symposium held in Africa was hosted at STIAS from 18 October to 2 November 2022 in the area of Physics. Public Lectures were organised as part of the symposium, titled the NOBEL SYMPOSIA SERIES. These were presented on several campuses across South Africa. NITheCS assisted with this outreach programme.

The full set of lectures in the Outreach Programme are listed below. 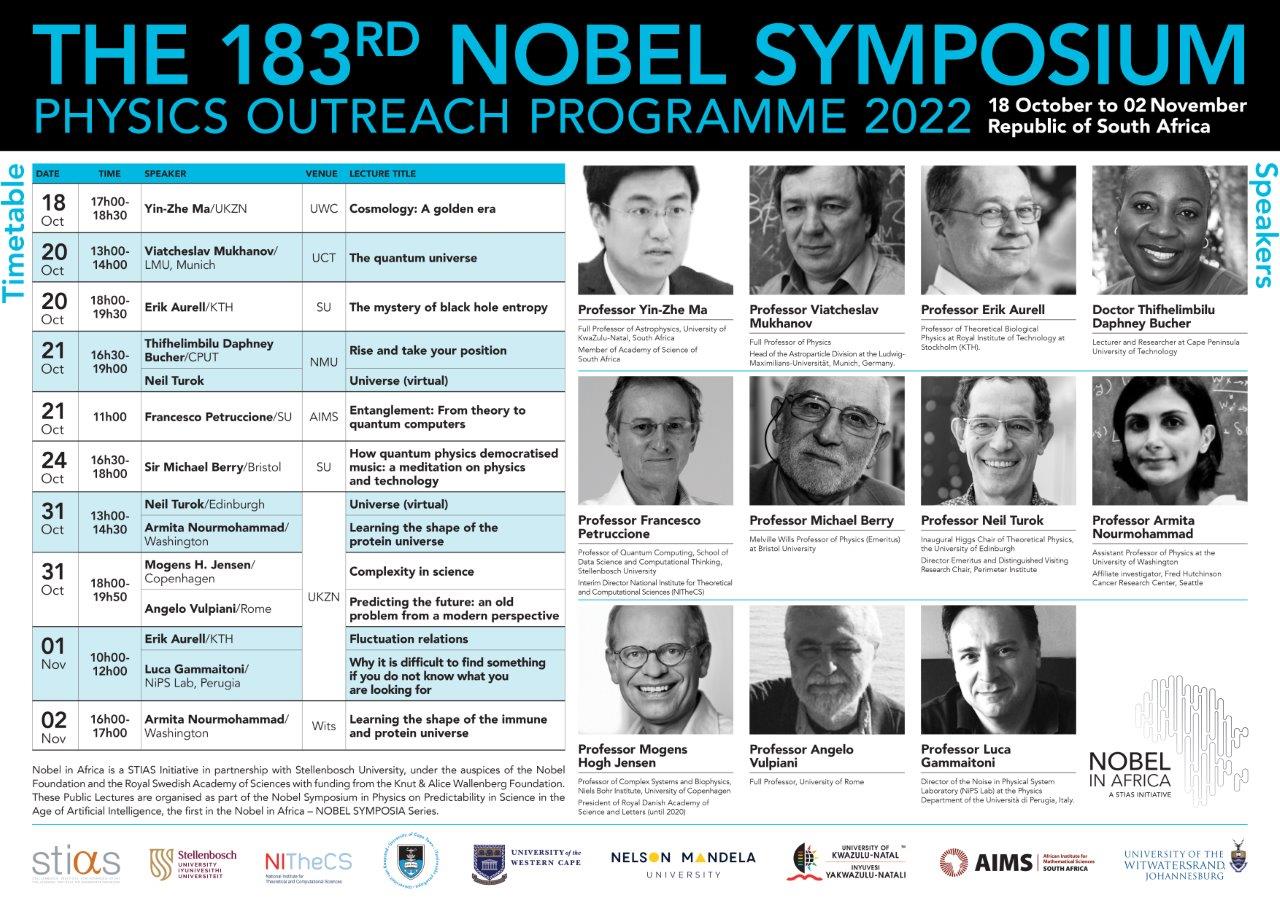 ‘Learning the shape of the immune and protein universe’
Prof Armita Nourmohammad (University of Washington, USA)
Venue: University of the Witwatersrand and online
2 November 2022

‘Why it is difficult to find something if you do not know what you are looking for’
Prof Luca Gammaitoni (Università di Perugia, Italy)
VIEW